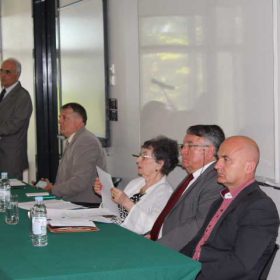 Academy of Agricultural Sciences has been founded on June 8th, 2017 in Zagreb. Professor Frane Tomić, member of the Croatian Academy of Science and Arts (HAZU) , has been elected the first president and 128 scientists became regular members of the newly founded scientific society dedicated to the advancement of agricultural sciences.