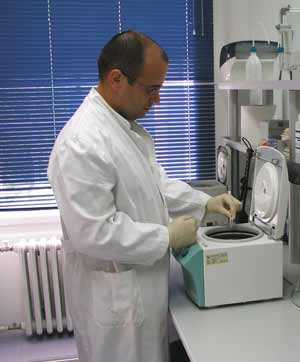 Genotyping techniques are improved tremendously in the past decade, although there are still substantial differences in developing of genotyping procedures across the plant species. Nevertheless, high-throughput genotyping has revolutionized genetic analyses covering genomes with high resolution, generally switching from microsatellite (simple sequence repeats; SSRs) marker system to DArT and SNP marker systems. SSRs found the widest application in assessing the variability and genetic structure of populations in a variety of plants. The traditional method of developing SSRs requires considerable resources, but it is still commonly used in most laboratories worldwide. Genotyping facilities in Croatia used also mostly SSRs as a technically non-demanding marker system. The genotyping labs in Croatia are not interconnected and there is no continuous cooperation among them where strengths, weaknesses, opportunities and threats of each genotyping facility are not known.

Compared to other marker systems, SNPs are less labour intensive and less time-consuming, and the associated costs allow performing high-throughput genotyping. SNPs markers are biallelic, have lower information content than polyallelic SSR markers, but they occur at much higher density in genome, and have lower genotyping error rate. Recently, SNPs are being used to design genotyping arrays containing thousands and tens of thousands of markers spread over the entire genome to analyse large numbers of samples. Array-based SNP genotyping facilitates the detection of associations between the markers and phenotypes representing a powerful tool for dissecting complex traits via genome-wide association studies (GWAS) or quantitative trait locus (QTL) analysis as well as for fine mapping genes of interest which are largely used in plant breeding for germplasm characterization and marker assisted selection. Although array-based genotyping is becoming an advanced genotyping method of choice in major crops, novel genotyping by sequencing (GBS) method makes use of ultra high-throughput, short-read sequencing to provide lower cost genotyping with much higher information content. Several genotyping platforms appeared in the last years for crop genotyping which had been developed in the EU and the USA using SNPs for both array-based and GBS genotyping offering reliable high-density genotyping solutions in biodiversity studies and molecular plant breeding.

Major objectives of the activities that will be carried out are the following: